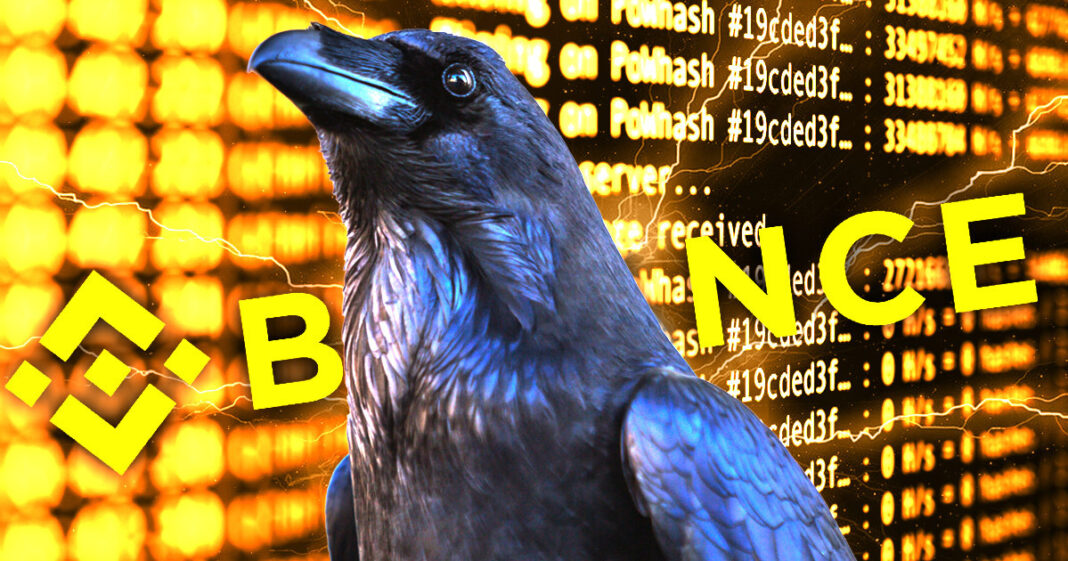 According to CryptoSlate data, RVN jumped to $0.024 from $0.021 within one hour of the revelation.

Binance Pool’s announcement revealed that it would charge a 1% mining fee, and users could only participate in the pool after verifying their accounts.

Ravencoin was one of the proof-of-work networks miners flocked to after Ethereum transitioned to the Proof-of-Stake consensus mechanism.

The initial rush saw its hashrate increase by as much as 5-times.

Meanwhile, Ravencoin’s mining hash rate has declined since it peaked at 17.5963 TH/s on September 22.

However, the recent announcement appeared to have had a positive effect on the hashrate, increasing it from 10.03 TH/s to 11.707 TH/s, according to Coinwarz data.