What is Crypto Mining?

Mining is the process of creating a new bitcoin by solving a computational puzzle. Cryptocurrency mining is one of the most commonly used methods of validating transactions that have been executed over a blockchain network. The problems are performed by high-powered computers that solve complex computational mathematical problems. These problems are so complicated that they cannot be solved by hand. They are complicated enough to tax even incredibly powerful computers. Bitcoin mining is necessary to maintain the ledger of transactions upon which bitcoin is based. In effect, mining is one means of making sure that cryptocurrency transactions are accurate and true such that they can never be compromised in the future.

In very simple terms, crypto mining is a process in which a machine performs tasks to obtain a little bit of cryptocurrency. It is important to understand that the cryptocurrency market itself is an alternative to the traditional banking system that we use around the globe

There are three ways in which one can acquire bitcoin which are;

⦁ Purchasing them on exchange.
⦁ Receiving them in exchange for goods and services
⦁ Mining new bitcoin

Just as it is with gold mining where miners dig and search through the earth in hopes of striking gold, Bitcoin miners attempt to find bitcoin through solving complex mathematical problems. Cryptocurrency is built on blockchain, as it is a ledger that is publicly distributed and records every bitcoin transaction. It is literally a digital chain block with each block containing a group of bitcoin transaction information. Miners add to the blockchain by using computer processing power to solve complex mathematical problems that result in the block being successfully added to the chain. The miner who correctly solves the problem being awarded.
The above forms the basis of the complex process of bitcoin mining which helps keep the network secure and trustworthy. The network is built on a peer-to-peer network meaning that every single miner across the globe is contributing their computing power to maintain the network, confirm its transactions and keep them secure.

In cryptocurrency mining, there are a few ways you can go about which we will dig into a little bit.

If you are looking for crypto mining ways, cloud mining is probably the most popular way to mine cryptocurrencies without having a lift finger. It is the process where you pay someone a specific amount of money and rent out their mining machine and the process of mining itself. The rent lasts for an agreed-upon time through which all earnings that the mining machine makes are transferred to your cryptocurrency wallet. Cloud mining has become so popular mainly because it offers the possibility to participate in the world of cryptocurrencies for people who might not have enough money to buy the mining machines or who perhaps simply are not interested in owning one.
CPU mining is another way that utilizes processors to mine cryptocurrencies. It used to be a viable option back then but currently fewer people choose this method. There are a couple of reasons why that is one of them being that it is extremely slow as one could go for quite a long time without noticing the smallest amount of revenue. It is also usually not worth it as you make very little amounts of money but you probably spent ten times that amount on electricity and cooling.

GPU mining is also a popular and well-known method of mining cryptocurrencies. It is very popular because it is both efficient and relatively cheap in that the construction of the mining itself tends to be costly but when it comes to its hash speed and the general workforce, the GPU mining machine is great.

A mining pool is a joint group of cryptocurrency miners who combine their computational resources over a network to strengthen the probability of finding a block or otherwise successfully mining for cryptocurrency. The idea of bitcoin mining pools rose to help tackle the issue of rising mining difficulty. A group of miners pools their computing power together to mine for bitcoin collectively. If the pool successfully solves a block, all miners in the pool will be allocated bitcoin in proportion to how much computing power they contributed. The odds of a single mining machine receiving a block reward are low, but the odds skyrocket when you pool together thousands of machines. Mining pools are considered essential to getting any shot of successfully mining Bitcoin.

Cryptocurrency mining is an interesting alternative to the traditional centralized systems that currently operate throughout the world. It is however very taxing in terms of computer and power resources and hence it is not feasible for many users as a result. 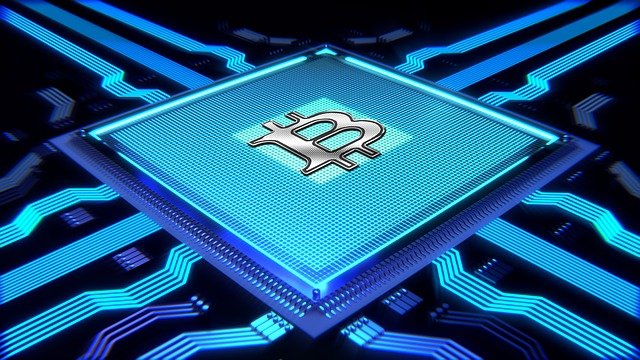